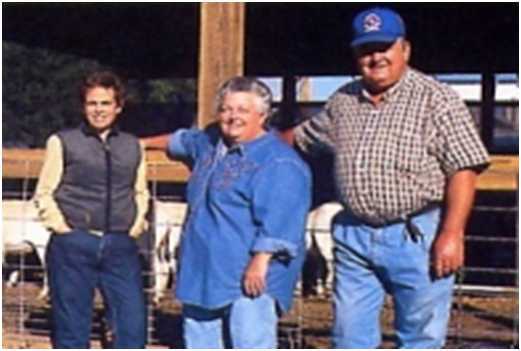 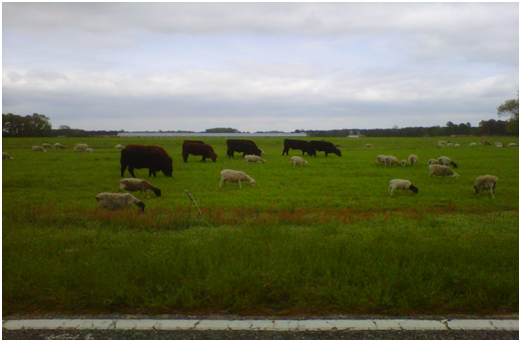 Rainbow Meadow Farms is a multi-generational, family-owned, pasture-based farm in Snow Hill, North Carolina. The farm’s name originates from the Rainbow Run, a small, winding stream that borders the meadow behind the old home-place. Having been in the family for 7 generations, the farm is now owned and operated by Jeff and Sandra Garner along with their children and grandchildren.

Once a traditional North Carolina tobacco farm, Rainbow Meadow Farm has experienced, first hand, the transitions in North Carolina agriculture. In the late 1980’s, the farm operated 3 contracted chicken houses. As contracted growers for a major chicken corporation, Jeff and Sandra Garner managed to sustain their family, while paying off the debt from the chicken house facilities (about $250,000/ house). Like many contracted chicken farmers, Jeff and Sandra became increasingly unsatisfied with the small profit share that they received from the chicken corporation. After years of contracted chicken farming, Jeff and Sandra began to feel like “sharecroppers on [our] own land.” (Thompson, 2009) In 1999 and 2000, daughter, Genell Pridgen adopted two children from the Ukraine. During both of her visits, she enjoyed the meats and vegetables sold at the local markets. The food’s quality was a product of the extreme locality of its origins as well as the organic farming methods of the local farmers. Upon return to Greene County, Genell envisioned a brand new way of raising meats on Rainbow Meadow Farm. Genell prompted her family to switch gears in early 2000 and began a different, more independent, type of farming. Jeff and Sandra ended their contracts with the chicken corporation and began raising pasture-based, antibiotic-free chickens, hogs, turkeys, sheep and cattle. Currently, Rainbow Meadow Farms operates with a new set of mission goals which include: creating a resilient local food system, producing great tasting, healthy meats and enhancing the overall ecological health of the farmland and local wildlife. The entire family takes part in the farming operations. Jeff and Sandra operate productions as well as the markets in Eastern North Carolina. These markets include Raleigh restaurants and a retail stand at the Raleigh Farmer’s Market (indoor building). Their daughter, Genell Pridgen, helps out with the farm while working on the national level to change legislation to support small, local growers. Even the grandchildren (the 8th generation) get involved by operating an annual CSA (community supported agriculture) vegetable garden that they maintain. Currently, their CSA provides over 46 families a week with fresh vegetables and eggs. Rainbow Meadow Farms operates sustainably by rotating their grazing animals between pastures. Cows are the first to forage. A cow’s ruminant digestive systems can break down the coarse grass tops and “mow” the pasture’s grass to a manageable height. Chickens and sheep follow behind the cows and forage on grass, insects, worms, and seeds. Not only do chickens manage worms in the topsoil, but they also spread fertilizer via manure throughout the pastures. Rainbow Meadow Farm does not have to manage excesses of animal waste; instead they use it to benefit their soils. In an interview by Fred Thompson for Edible Piedmont Magazine, Jeff Garner was asked if sustainable livestock farming could realistically feed a population. He responded by saying, “we used to, and we can again.”