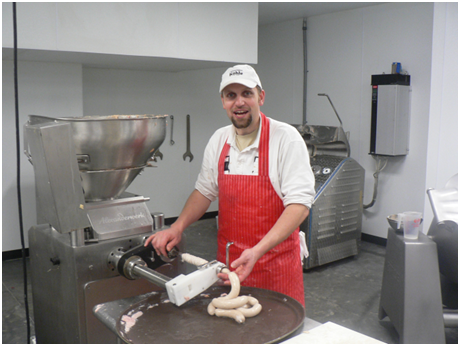 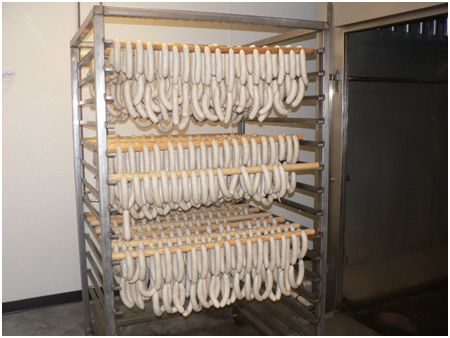 Uli Bennewitz started Weeping Radish Farm and Brewery in 2000 with ambitions of offering a wide range of hormone and antibiotic free meats from his butchery as well as fresh produce from his farm. Since Uli purchased the land in 2000, the farm has been pesticide and fertilizer free. After applying 2.5 tons of composted manure in 2007, the following year they begin growing their first organic crops. These crops included onions, blue hubbards and peppers, just to name a few. The farm manager at the time was well versed with biodynamic farming and implemented the Rudolf Steiner principles into their vegetable production. The Rudolf Steiner principles for biodynamic farming are methods of organic farming that treat farms as unified and individual organisms, emphasizing balancing the holistic development and the interrelationship of the soil, plants and animals as a self-nourishing system without external inputs. The full farming operation has been temporarily suspended due to rapid growth of the brewery and butchery. The Pub at the Weeping Radish has planted a small organic garden that will provide herbs and vegetables for the restaurant.

The butchery has become the main focus of Weeping Radish Farm. Uliâ€™s sales slogan is "We donâ€™t just sell meat, we sell trust." To ensure the safety of their products, Weeping Radishâ€™s Butchery purchases pork from family farms in the area. Currently, Little Creek Hog Farm, near Greenville, North Carolina raises the pork. Weeping Radish purchases the entire hog directly from the farmer and utilizes only one animal per product. Uli takes pride in knowing that every meat product he sells can be traced directly back to the farm in which the whole animal was purchased. The butchery is delighted to source its beef from Hoffner Farms, one of North Carolina's first organic dairies.

Knowing that the integrity of the meat is secured, Weeping Radish Farm then utilizes the expertise of master butcher, Frank Meusel. Frank is from Kassel, Germany and as has been practicing his butchering craft for over 34 years. He trained under the German Guild System, a four year hands-on training program. As Uli states,  "It is the craft of artisan butchering, which, in combination with the honesty of sustainable small livestock farms, which allows Weeping Radish to state to their customers: 'You can trust us when we say, this product is from a specific small farm. It is nitrate free with no growth hormones prepared by a true artisan.'"